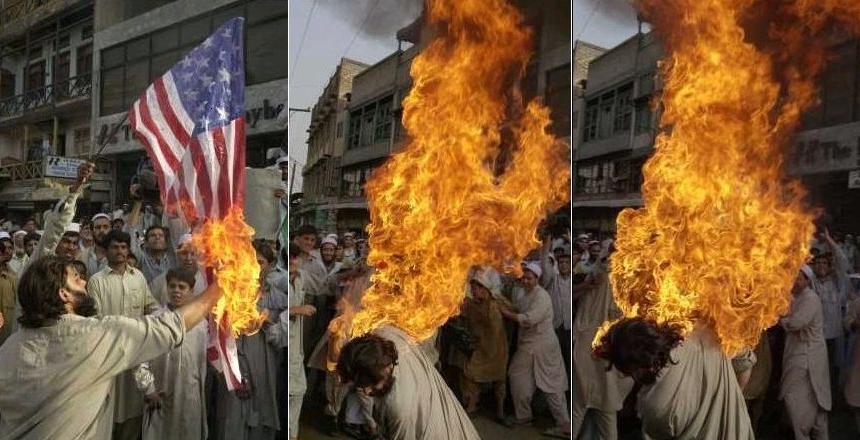 "A fleeing Taliban, desperate for water, was plodding through the Afghanistan desert when he saw something far off in the distance. Hoping to find water, he walked towards the image, only to find a little old Jewish man sitting at a card table with a bunch of neckties laid out on it.

The Arab asked, "I'm dying of thirst, can I have some water?" The man replied, "I don't have any water, but why don't you buy a tie? Here's one that goes nicely with your robes." The Arab shouted, "I don't want a tie, you idiot, I need water!?" "OK, don't buy a tie. But to show you what a nice guy I am, I'll tell you that over that hill there, about four miles, is a nice restaurant. Walk that way; they have all the water you need." The Arab thanked him, staggered away towards the hill and eventually disappeared.

Three hours later the Arab came crawling back to where the Jewish man was sitting behind his card table. The man said, "...I told you, about four miles over that hill. Couldn't you find it?"

The Arab rasped, "I found it all right. Your brother wouldn't let me in without a tie."