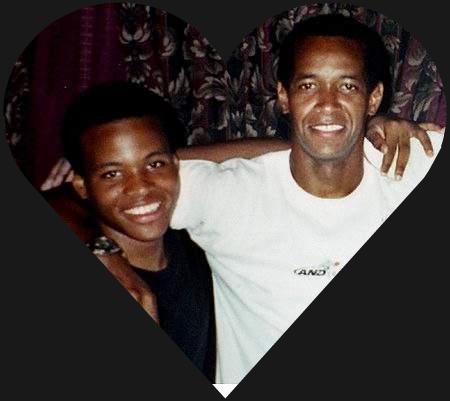 SNIPER WAS A BLACK MUSLIM ALIGNED WITH FARRACONMAN

Nation of Islam leader Louis Farrakhan acknowledged that suspected sniper John Allen Muhammad, formerly John Allan Williams, is a member of the Black Muslims. But Farrakhan said he refused to oust Brother Muhammad from the Chicago-based group unless he is convicted in the series of shootings that left 10 people dead and three wounded. "He has not formally been kicked out of the Nation of Islam, but certainly if he's found guilty of something like this he would not be considered at all a member," Farrakhan said. Farrakhan held a news conference in response to speculation that Muhammad provided security at the "Million Man March" in Washington. Farrahkan, who organized the march, said Muhammad, 41, did not provide security although an acquaintance of Muhammad told the Seattle Times that he had indeed done so. "He might well have been there," Farrakhan said of Muhammad, who changed his name from John Allen Williams after converting to Islam. Farrakhan said Muhammad joined the Nation of Islam in 1997 and his wife is also a member.

Despite Faraconman's denial, Mass Murderer Muhammad (MMM) provided security for the Million Man March (MMM) in Washington, D.C. in 1995, the same event sniper victim Kenneth Bridges attended and is said to have used as an inspiration in co-founding the MATAH Network, Inc., a black-owned Internet business dedicated to fulfilling a wide array of black consumers' needs.

Bridges, a social activist and father of six from the Philadelphia area, was the eighth person killed and the 10th victim overall in the sniper shootings. He was shot at a Fredericksburg, Viginia gas station October 11, 2002. He was 53 years old.

A graduate of the prestigious Wharton School at the University of Pennsylvania, Bridges worked with Nation of Islam Minister Louis Farrakhan in 1986 to launch a line of health and beauty products for blacks manufactured

by People Organized and Working for Economic Rebirth (POWER). The venture was destined to fail as it was just a way of laundering money Farraconman received from Libya. Farrconman took the money, bought a few cases of evil-smelling product and pretended to distribute it. The rest of the money went into his pocket...

In 1995, Bridges attended Farrakhan's Million Man March, where thousands of black men were hustled by Farraconman. MATAH representatives were also in Washington Aug. 18 for the Millions for Reparations Rally, an event held to urge the awarding of financial reparations to the descendants of black slaves. On the day Kenneth Bridges was killed, he had just completed a $1 million deal for the growing MATAH Network.

Muhammad was sympathetic to the September 11th mass murderers and Osama Bin Laden. He hated Jews with a passion and wished to see the State of Israel destroyed. Tacoma police Chief David Brame said a local man contacted the FBI last week and told authorities he'd allowed Muhammad and Malvo to borrow his weapons, including a .44-calibre Magnum, while the pair were staying with him earlier this year. Brame said a .44-calibre Magnum, borrowed from the same man, was used in a shooting at Temple Beth El between May 1 and May 4. No one was believed at the synagogue at the time. One shot struck an outer wall. The other lodged in an interior wall where torahs are kept. The torahs were not damaged.

In the mid-1990s, the Muhammads were active in a Nation of Islam temple in Seattle's Central Area; it has since closed.

Police sources said Mr. Muhammad was connected with the Islamic Community Center in Laurel, where he may have served as a guard. Muhammad's "adopted son," John Lee Malvo, 17 was also known to have expressed sympathy toward the hijackers.

In December 2001, Malvo's mother, Uma James called the Bellingham Police Department to complain about a man she said had been harassing her teenage son, Lee Boyd Malvo. The man, John Muhammad, was spending an inordinate amount of time with the boy, then 16, to the point where she believed she needed the police to enforce her rights as a mother. The man and boy were living together in a local mission, and the man was representing himself as Malvo's father or stepfather. The police responded to the complaint, which they deemed a custodial dispute, the evening of Dec. 19. "He was overwhelming the kid," said a federal source familiar with the case. "The mother was trying to protect her son. So she called the police." Was there a homosexual relationship between the man and the boy?

Earlier reports that Muhammad was the boy's stepfather were wrong. The federal immigration investigation into the incident turned up "no parental right or claim by this guy." "In fact, it's not even quite clear how he got involved with this family," the source said. "But, clearly, he did." James had traveled all the way from Florida to Bellingham to retrieve her son from the influence of Muhammad.

In the course of their investigation, according to the federal source, Bellingham police became suspicious about the woman's status in the U.S. They called Border Patrol agents and determined the mother and son were illegally in the country. Both were taken into custody.

In January 2002, a month after mother and son were arrested in Bellingham, James posted a $1,500 bond and was released from INS custody. Because her son was a juvenile with no criminal history and not considered a flight risk, he was released without bond into his mother's custody.

The Black Muslims are seeking reparations - this means millions of dollars transferred to Faraconman. They are generally after money although they have been involved in the Zebra killings and several other violent attacks. At their inception, part of their religion involved human sacrifice and then eating the object of this practice - this according to FBI documents in the on-line reading room. It is no accident that Muhammad graviated to them. But their brainwashing backfired and he killed one their own! Blacks have been systematically repressed and forced to live in ignorance and poverty - the classical recruiting ground for Nazis - white or black. When this practice of racism ceases the Muslims will diminish and number and influence within the black community.

The Moslem sniper John Muhammed of course hated America. However, the same radical Moslem groups pumping him up against America also pumped him up against "the Jewish enemy". The fact is we see a real comparison with him and Richard Reid, the "shoe bomber," who tried blowing up a plane recently with explosives hidden in his shoes. Reid, like Muhammed, was a recent convert to Islam and openly attended a radical Mosque in England run by Masri, a local Moslem fanatic, heavily tied in to Al Qaeda. What must be done? First that the cowardly Jewish Establishment from Foxman on down admit that the danger is real. JDO has a list of quotes in which Foxman, Leonard Fein, JCPA, and a slew of Jewish Establishment leader men like Jerome Chanes would repeat the mantra after numerous other anti-Jewish terror attacks "these are isolated incidents!" Chanes was a leader in the National Jewish Community Relations Advisory Council (now called JCPA).He even said after the first Trade Center attack in the Jewish Week newspaper that the attack has no particular relevance as a threat to Jews! So we must force and demand that the Jewish Establishment groups get off their apathy.

Call Hanah Rosenthal who now runs JCPA and demand actions like rallies that America should deport members of radical Moslem groups since most are not citizens. Also that the colleges where much of this anti-Israel and anti-America activity takes place in a loose coalition of Moslem extremists revolutionary communists. The campuses JDO predicted would become the breeding ground for this. So all campus official groups like Moslem Student Association that attends "Death to Israel" and "Death to America" rallies should be banned in each campus by the college presidents. The recent riot against Jewish students by Moslem radicals is a case in point.

Last, Jews must set up self-defense and security teams across the country. At our elite training camp which will also have special weekends sessions in the winter such training goes on. Legal gun classes, hand-to-hand combat and a lot of other training.

This past summer we had a huge turnout at Camp Jabotinsky! We need your support to continue it. We have year round classes in firearms, and boxing at our JDO Training Center in Brooklyn. Support our activities

2. Help us set a JDO Chapter Up in your area.